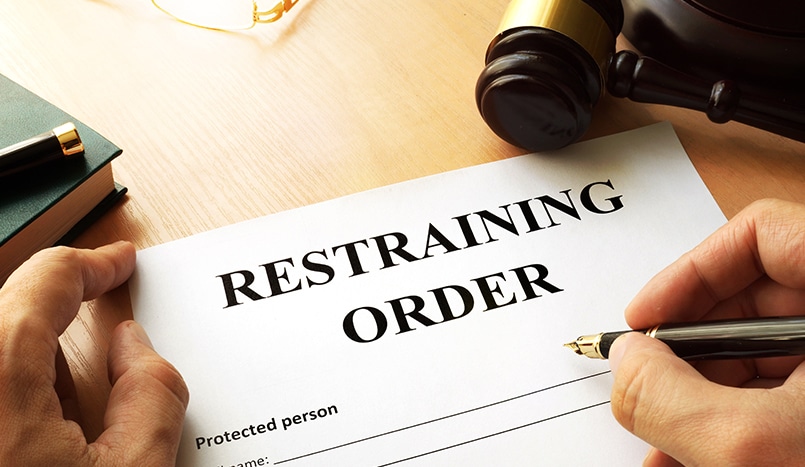 Protective orders require a perpetrator (or alleged perpetrator) of domestic violence to stop his/her actions and cease contact with the affected party. Violation of a protective order is a criminal offense. If you are seeking an order of protection, or have been wrongly accused of domestic violence, the compassionate family law attorneys at Hartsoe & Associates, P.C. can help. We have over 25 years of experience helping people just like you – let us be your shelter in the storm.

What is an order of protection in North Carolina?

State law provides several remedies by which victims of domestic violence can protect themselves and their children from future acts of violence or intimidation. You may also hear orders of protection referred to as a Domestic Violence Protective Order (DVPO) or as a 50B Order, which is the short name for the NC legislation of the same title.

A DVPO is a formal court order that requires a perpetrator to stay away from a victim, or risk arrest by law enforcement. Orders of protection can be temporary or permanent, depending on the situation and a judge’s decision.

Tony and his team were with me through the most difficult time of my life.

Mr. Hartsoe treated me with the utmost respect.

It is important to recognize domestic violence when it occurs. Domestic violence is typically defined as abusive behavior within an intimate relationship, intended to gain power and control over a victim. It can happen once, or be a pattern of behavior – either way, it is violence and not to be tolerated. Either men or women can be perpetrators or victims of domestic violence.

State legislation (per Chapter 50B as mentioned above) defines domestic violence as:

This also includes acts of sexual abuse or assault.

To obtain an order of protection for domestic violence, the victim and the alleged perpetrator must have a relationship. State legislation also provides a definition for this. The parties must be one or more of the following:

Our attorneys can offer immediate assistance if you are experiencing domestic violence.

What are the two types of orders of protection?

An order of protection is only temporary. Because the state of North Carolina has no tolerance for domestic violence or child abuse, the court is authorized to issue emergency protective orders without a hearing. However, an alleged abuser does have a right to be heard.

Therefore, there are two kinds of orders of protection:

Once either a TPO or DVPO is active, violating the order is a crime.

How can I get an order of protection for myself or my child?

You can file for an order of protection on your own, but we recommend consulting with an attorney, especially in matters involving divorce or child custody.

The North Carolina Courts provide guidance on securing an order of protection, but the basic steps are as follows:

Each county has different practices, so it is best to speak to a family law attorney to ensure you file your complaint properly. In some cases, you may not have to go to the courthouse at all. Our experienced lawyers can explain more.

If you or your child are in immediate and imminent danger, please call 911.

I’ve been falsely accused of domestic violence. Can you help?

The attorneys at Hartsoe & Associates understand that, on rare occasions, an individual may take advantage of North Carolina’s strict domestic violence laws by making false allegations. This sometimes happens during highly adversarial and emotional divorce or child custody cases. We know this is not fair and can have negative repercussions on both your family law case and your personal life.

If you find yourself served with a TPO or DVPO, you are prohibited from:

Our job is to represent you and your case with respect, as well as protect your legal rights.

If you are experiencing domestic violence, there are a variety of free and low-cost local resources available to you, including:

You may also visit the North Carolina Coalition Against Domestic Violence and eNOughNC.

If you have questions or concerns about domestic violence orders of protection, the experienced attorneys at Hartsoe & Associates, P.C. can help. We work with you to prove your case, fill out the proper paperwork and help ensure you and your family are safe. We serve people and families just like you in Winston-Salem, Greensboro and the Piedmont Triad. To schedule a consultation with an attorney, please call 336-725-1985 or fill out our contact form.