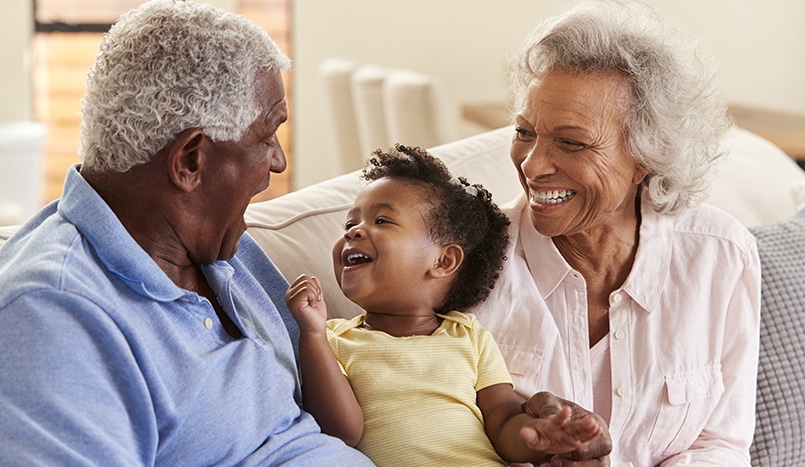 Grandparents and grandchildren share a special bond. Often, grandparents are greatly involved in the life of their grandchild, providing caretaking and support when needed. When a family situation changes – whether due to divorce, death or illness – that bond can be disrupted, affecting a grandparent’s relationship with the family, and they may seek legal assistance in maintaining contact with their grandchild.

Here in North Carolina, a grandparent or grandparent can seek child custody or visitation rights under certain circumstances. The family law attorneys at Hartsoe & Associates, P.C. can advocate for you in matters relating to maintaining your family connection with your grandchild.

What are the North Carolina laws governing grandparents’ rights?

These laws also state that “under no circumstances shall a biological grandparent of a child adopted by adoptive parents, neither of whom is related to the child and where parental rights of both biological parents have been terminated, be entitled to visitation rights.”

Tony and his team were with me through the most difficult time of my life.

Mr. Hartsoe treated me with the utmost respect.

Note: If a child is in an intact family unit, grandparents do not have the right to seek custody or visitation.

What factors does the court use to determine grandparents’ rights?

The laws surrounding grandparents’ rights to visitation or custody are complex, and our experienced Winston-Salem and Greensboro attorneys can help determine your particular situation.

Typically, grandparents have the right to petition the court during an ongoing custody case. As always, the courts work in the best interests of the child, and make their decision based on a variety of factors, including the:

Grandparents are not permitted to open up a new court case to file for visitation rights. They are also barred from filing for custody or visitation if the grandchild’s parents are married, an intact family, or if the court has previously issued a custody ruling in the divorce decree.

The court does not typically award custody to grandparents unless a judge determines that the child is better off with them. For example, some grandparents seek custody due to child abuse or drug/alcohol dependency in the child’s home. However, if the grandchild is in an intact family, his/her parents have the legal right to raise their child as they see fit, whether or not they decide to include the grandparents.

The attorneys at Hartsoe & Associates will sit down and speak with you compassionately and honestly about your family situation.

Am I eligible to seek visitation rights for my grandchild?

The state defines “grandparents” as a child’s biological grandparents, or in the case of an adopted child, the child’s adoptive grandparents. (Note: Step-grandparents seeking visitation due to the death of divorce of the child’s stepparent do not have legal standing to petition.)

The court will want proof that you and your grandchild have a “substantial relationship.” Factors the court uses in determining the relationship between a grandparent and grandchild include:

How can I get visitation with my grandchild in North Carolina?

There are three potential situations where grandparents may be eligible to file for custody or visitation:

Can I adopt my grandchild?

If your grandchild is currently in, or anticipated to be in, your long-term care, you may wish to consider adoption in order to better provide for the child’s well-being. However, in a case like this, the child’s parents must terminate their parental rights, either voluntarily or via the court. Although traditional adoptions require a home study and post-placement assessment, in some cases this can be waived. Our Greensboro adoption attorneys can help you determine what is best for your grandchild.

What if I feel my grandchild is immediate danger?

It is true that custody and visitation actions can take some time – in some cases, even months. However, if you suspect your grandchild is in immediate physical or emotional danger, you should contact local Child Protective Services or law enforcement.

By going through the authorities, you can ensure any abuse is documented for later use in court.

Our attorneys are here to help protect the safety of your grandchild, as well as your rights as a grandparent.

When a grandparent loses access to their grandchild, the child’s well-being can suffer. If you are concerned about your rights to seeing your grandchild, talk to the attorneys at Hartsoe & Associates, P.C. today. We can sit down with you and discuss your rights as a grandparent and the options available for visitation or custody. We serve families and clients in Winston-Salem, Greensboro and the Piedmont Triad. To schedule a consultation with an attorney, please call 336-725-1985 or fill out our contact form.